If you’ve followed along with the reading schedule posted here for the last two months, congratulations are in order. You’ve already read over 700 pages of world-class literature and, no doubt, have expanded your horizons by considering questions and problems outside your normal routine. Even if you have read only one or two selections from the list of Great Books linked here, I hope you’ve enjoyed the experience and are interested in continuing the program as you are able.

Here are the selections for the coming week:

As you can see, we have some material this week that is grouped a bit more intentionally than the selections of previous weeks: two documents from the American War of Independence and two documents by or about Montaigne, of whom we’ll be seeing much more in the future. 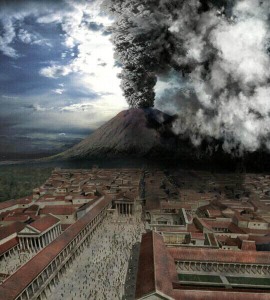 Now for some commentary on last week’s selections:

One of the great things for me in organizing this project is that every week I look at hundreds of the greatest literary works in the history of humanity and wonder which few I’ll pick out to read over the next seven days. It’s like a pass to the best buffet in town, and I have to resist the temptation to gorge. I hope all of you are enjoying the diet thus far.

[This post is part of my seven-year plan to read through the Gateway to the Great Books and Great Books of the Western World sets. The original post describing the plan is here.]

I am Professor of Humanities at Faulkner University, where I chair the Department of Humanities and direct online M.A. and Ph.D. programs based on the Great Books of Western Civilization. I am also Associate Editor of the Journal of Faith and the Academy and a member of the faculty at Liberty Classroom.
View all posts by Dr. J →
This entry was posted in Books, Liberal Arts and tagged Abraham Lincoln, Cicero, Edward Kasner, Francis Bacon, Great Books, Homer, Pliny the Younger. Bookmark the permalink.

10 Responses to Some People Need Killin’