Are We Naturally Savage Jerks?

With another week’s worth of reading from the Great Books logged, I’m wondering how anyone who has any degree of familiarity with this body of literature could possibly maintain that it’s irrelevant to life in the modern world. The themes of this past week’s readings (the basis of ethics, the type of political system we live in, the meaning of hearth and home) are about as relevant for 21st-century life as anything can be. It bodes ill for our society if the smart set refuses to see the value here.

Here are the readings for the upcoming week: 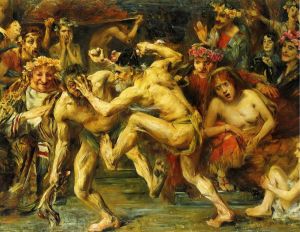 This week we say goodbye to Homer (for now), and although we get the end of Lincoln’s life, we still have a few pieces from him to work through later in the program. We have many essays of Montaigne in our future, so I hope you find him palatable.

Here are some comments on last week’s selections:

Have fun reading this week!

[This post is part of my seven-year plan to read through the Gateway to the Great Books and Great Books of the Western World sets. The original post describing the plan is here.]

I am Professor of Humanities at Faulkner University, where I chair the Department of Humanities and direct online M.A. and Ph.D. programs based on the Great Books of Western Civilization. I am also Associate Editor of the Journal of Faith and the Academy and a member of the faculty at Liberty Classroom.
View all posts by Dr. J →
This entry was posted in Books, Liberal Arts and tagged American War of Independence, Euclid, Francis Bacon, George Washington, Great Books, Homer, John Stuart Mill. Bookmark the permalink.

6 Responses to Are We Naturally Savage Jerks?