I love J.R.R. Tolkien’s The Hobbit. I read it for the first time when I was six years old and have returned to it many times over the years. I still have a soft spot in my heart for the cheesy cartoon version of the story that Rankin/Bass did when I was a kid. I’ve shoved the book into each of my children’s hands as soon as I thought his reading skills could handle it.

So I can understand it when writers I respect, such as Daniel Larison at the American Conservative, express a sense of horror at Peter Jackson’s film adaptations of the beloved book, particularly the second film, The Desolation of Smaug, which is now in theaters. The criticisms abound. Why did Jackson think he could turn a 200-page children’s book into three lengthy films? Why does he have Gandalf wandering around mountain tombs and an old, ruined fortress, settings that appear nowhere in the book? Why did he put Legolas in the film when the elf does not appear in the book? Why does Bard the bowman get a complicated back story that’s absent in the book? Why does Smaug chase the dwarves around the halls of Erebor when they never even confronted each other in the book? (Are you noticing a pattern here?) 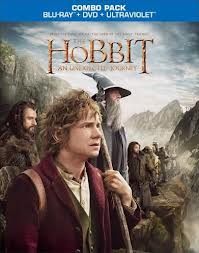 What appears to be the common desire of these critics is for Jackson to have made a simpler Hobbit with the story told in one or (at most) two films and with a script that hews closely to the text of the original book. As something of a Tolkien purist myself, I completely understand this wish. However, although I disagree with some of Jackson’s decisions (particularly the elf/dwarf romance in the Desolation of Smaug), I have to come to his defense on his overall approach to these films. In fact, I’m certain that the “faithful film adaptation” of the 1937 Hobbit these critics seem to want would in fact turn out to be awful, or at least fall far short of Tolkien’s ultimate vision. Here are five reasons why:

However, Son #2 was very upset that Bilbo didn’t yell “Attercop!” or sing his taunting song at the spiders.

[As usual, whenever I mention Tolkien on this site, I have to recommend my friend Corey Olsen’s Tolkien Professor page. You can find the link in the sidebar to the right. See especially his “Riddles in the Dark” podcast where he treats issues relating to the Jackson films exhaustively.]

I am Professor of Humanities at Faulkner University, where I chair the Department of Humanities and direct online M.A. and Ph.D. programs based on the Great Books of Western Civilization. I am also Associate Editor of the Journal of Faith and the Academy and a member of the faculty at Liberty Classroom.
View all posts by Dr. J →
This entry was posted in Books, Culture and tagged Corey Olsen, Lord of the Rings, Peter Jackson, The Hobbit, Tolkien. Bookmark the permalink.