An “Open Letter to Warren Buffett”

Over on my Reading Economics page, I’ve outlined a plan to read through, among other things, George Reisman’s program of readings. In that light (although I haven’t actually posted on anything from that series yet), I thought it was worth pointing out an article of Prof. Reisman’s that ran on the Ludwig von Mises Institute’s website this week. 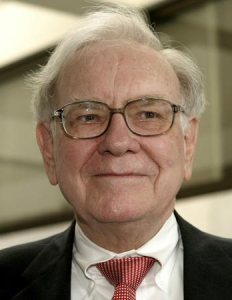 In “An Open Letter to Warren Buffett,” Reisman discusses the assumptions underlying some of Buffett’s highly publicized statements about “class warfare” in America and rebuts them with economic theory influenced by Mises and Ayn Rand.

After describing the Marxian exploitation theory on which Buffett’s views appear to rest, and reminding us that people like Buffett get shot whenever Marxists take over a government, Reisman says something striking:

Based on this account of the origins and nature of alleged class warfare, I have to ask how you see your place in the world, Mr. Buffett. Are you an exploiter of labor? Has your life’s work consisted of the accumulation of wealth in a manner fundamentally indistinguishable from that of a slave owner? Has the accumulation of your billions been the result of your systematic theft of workers’ rightful wages? Has your life consisted mainly of efforts tending to impoverish still further the workers you employ, and been prevented from doing so only to the extent of the existence of such measures as pro-union, minimum wage, and maximum-hours legislation?

Reisman notes that if the above accurately describes Buffett’s role in society, his “Giving Pledge” doesn’t nearly make up for all the suffering he has caused in his life:

There would still be not only the deadweight loss of everything that you and your family have personally consumed over the years that was stolen from others, from the occasional ice cream soda you reportedly like to your private jet. There would also be the fact that whatever you might now give away would not be any compensation to your actual victims, many of whom have passed away by now or are too old to enjoy it as they might have at the time they earned it and you robbed them, and who would receive nothing at all to the extent that you give your wealth away to completely different people.

Of course, Reisman does not view Buffett’s social role in this way. To the contrary, he considers Buffett’s career to be enormously beneficial to society, and that he has earned the profits that the market have sent his way.

The argument is more involved than I want to get into here. There’s a lot to chew on, and it is well worth a read. I do want to quote one more passage that I found especially interesting:

You appear not to understand the positive effect on others of the way you have earned most of your wealth, which has been mainly in the purchase and sale of securities. You characterize your work merely as detecting the “mispricing of securities.” Correcting this mispricing is actually very important to the economic system. In buying securities that are underpriced, you help to raise their price, thus reducing the mispricing that is present. In selling securities that are overpriced, you help to reduce their price, thus again reducing the mispricing that is present. To the extent your judgment is right, you earn profits, and to the extent you save those profits, you are in a position to buy and sell securities on a larger scale and thus to correct errors of mispricing on a larger scale.

More good stuff in the original article (although I actually think that Reisman, following Rand, exaggerates the socially beneficial role of the capitalist a bit).

I am Professor of Humanities at Faulkner University, where I chair the Department of Humanities and direct online M.A. and Ph.D. programs based on the Great Books of Western Civilization. I am also Associate Editor of the Journal of Faith and the Academy and a member of the faculty at Liberty Classroom.
View all posts by Dr. J →
This entry was posted in Current Events, Economics and tagged Ayn Rand, class warfare, economics, George Reisman, Karl Marx, Ludwig von Mises, Ludwig von Mises Institute, Warrenn Buffett. Bookmark the permalink.

5 Responses to An “Open Letter to Warren Buffett”