Homeschooling Still on the Rise, and in Places You Might Not Expect

A couple of articles about homeschooling in the last week or so have caught my attention and give reasons for continued optimism about the future of this educational model. 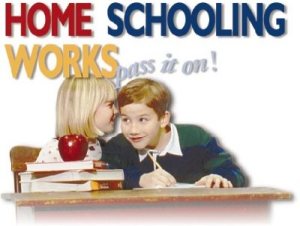 Then there was the piece on urban homeschooling that ran in Newsweek magazine recently. It profiles an urban family with two professional parents who decided to cut back their lifestyle to what they could afford on one income so the mother could stay home and homeschool the kids. This family is part of a growing segment of the population that homeschools for non-religious reasons:

You only have to go to a downtown Starbucks or art museum in the middle of a weekday to see that a once-unconventional choice “has become newly fashionable,” says Mitchell Stevens, a Stanford professor who wrote Kingdom of Children, a history of homeschooling. There are an estimated 300,000 homeschooled children in America’s cities, many of them children of secular, highly educated professionals who always figured they’d send their kids to school—until they came to think, Hey, maybe we could do better.

The article notes that homeschooling methods are quite diverse:

Some families seek out a more classical curriculum, others a more unconventional one, and “unschoolers” eschew formal academics altogether. There are parents who take on every bit of teaching themselves, and those who outsource subjects to other parents, tutors, or online providers. Advances in digital learning have facilitated homeschooling—you can take an AP math class from a tutor in Israel—and there’s a booming market in curriculum materials, the most scripted of which enable parents to teach subjects they haven’t studied before. 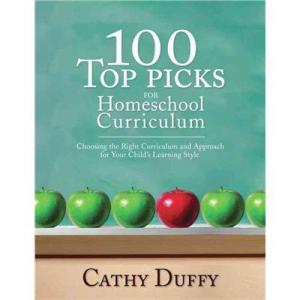 In my view, this is a great strength of homeschooling. One size need not fit all. Over time, I’m confident that the classical curriculum will prove itself to be the superior option and that it will draw an increasing share of students.

Newsweek is about as Establishment-approved as you can get when it comes to reporting current events, so you can expect at least a half-hearted attempt to call the trend into question. Here it is:

Still, you can’t help but wonder whether there’s a cost to all this family togetherness. There are the moms, of course, who for two decades have their lives completely absorbed by their children’s. But the mothers I got to know seem quite content with that, and clearly seem to be having fun getting together with each other during their kids’ activities.

That’s because, contrary to militant feminism’s wishes, most mothers do not view their children as “career interruptions.”

And the kids? There’s concern that having parents at one’s side throughout childhood can do more harm than good. Psychologist Wendy Mogel, the author of the bestselling book The Blessing of a Skinned Knee, admires the way homeschoolers manage to “give their children a childhood” in an ultracompetitive world. Yet she wonders how kids who spend so much time within a deliberately crafted community will learn to work with people from backgrounds nothing like theirs. She worries, too, about eventual teenage rebellion in families that are so enmeshed.

One word: LAME. This is nothing more than fretting over a lack of Establishment indoctrination. As one wag put it when accused of giving his homeschooled children a “sheltered” upbringing, “What are you going to accuse me of next? Feeding and clothing them?”

And the last part about rebellion is laughable. Where has Wendy Mogel been for the last century? Age-segregated schooling and “youth culture” have contributed more to teenage rebellion than anything else in our society.

If the yuppies continue to homeschool in increasing numbers, any lingering negative stereotypes about the practice will be mitigated. Again, this is all to the good. I would love to see a drive for property tax abatement for homeschool families led by some secularist CEO in Silicon Valley.

I am Professor of Humanities at Faulkner University, where I chair the Department of Humanities and direct online M.A. and Ph.D. programs based on the Great Books of Western Civilization. I am also Associate Editor of the Journal of Faith and the Academy and a member of the faculty at Liberty Classroom.
View all posts by Dr. J →
This entry was posted in Culture, Current Events and tagged homeschooling. Bookmark the permalink.

7 Responses to Homeschooling Still on the Rise, and in Places You Might Not Expect