Do You Have a Right to Your (Uninformed) Opinions?

This week I’m listening to an audio version of C.S. Lewis’s Surprised by Joy, and I heard something yesterday that reminded me of a problem I’ve wondered about off and on for a few years. 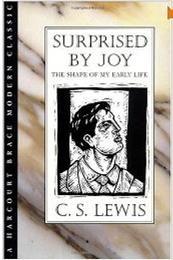 As a young man, Lewis was sent to a place called Little Bookham in Surrey to study with a man named Kirkpatrick. Their first conversation was a bit odd to Lewis. He was trying to make small talk, and he said that the country in Surrey was “wilder” than he had expected. Kirkpatrick interrupted him to ask what he meant by that, and what grounds he had for not expecting “wildness.” At first Lewis thought Kirkpatrick was also making small talk, but then realized that Kirkpatrick was in earnest; he really wanted to know. He ultimately had to confess he didn’t have a distinct idea of wildness and that he had no real reason for not expecting it.

Kirkpatrick then said, “Do you now see, then, that you had no right to have any opinion whatever on the subject?”

Maybe not the most tactful way to begin an acquaintance, but Lewis came to hold Kirkpatrick in high regard and later credited him with teaching him to think clearly.

So I keep wondering whether Kirkpatrick was right, whether we really have no right to uninformed opinions. We’re not talking about legal rights here; I’m sure we’d all agree that even someone who has never watched an NFL game should not be fined or jailed for thinking that, say, the Oakland Raiders are a better team than the New England Patriots. What I think Kirkpatrick meant is that on some level a person who holds an uninformed opinion is committing an injustice, either to himself or to others. Lewis wrote, “The idea that human beings should exercise their vocal organs for any purpose except that of communicating or discovering truth was to [Kirkpatrick] preposterous.”

What do you think? Please vote in the poll below:

I am Professor of Humanities at Faulkner University, where I chair the Department of Humanities and direct online M.A. and Ph.D. programs based on the Great Books of Western Civilization. I am also Associate Editor of the Journal of Faith and the Academy and a member of the faculty at Liberty Classroom.
View all posts by Dr. J →
This entry was posted in Culture and tagged C.S. Lewis. Bookmark the permalink.

10 Responses to Do You Have a Right to Your (Uninformed) Opinions?