Why What the Pope Said About Condoms Is No Big Deal

The way the media has been reacting to Pope Benedict XVI’s recent statement about condoms, you’d think he had just announced his engagement to Kim Kardashian. “Stunning . . . necessary shift . . . gets real,” etc. The pundits are acting like this is some major change in Catholic teaching and that Rome is finally starting to get with the program the progressives have been lecturing it about for decades. 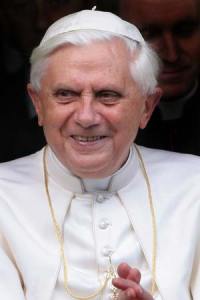 Here is what the pope said when asked if condoms were an acceptable way to prevent the spread of HIV in Africa: “There may be a basis in the case of some individuals, as perhaps when a male prostitute uses a condom, where this can be a first step in the direction of a moralization, a first assumption of responsibility.”

I’m not Catholic, and I’m happy to be corrected by someone more familiar with Catholic doctrine and social teaching, but to me this statement is perfectly in line with what Rome has said pretty much forever. Here’s my understanding of the position:

1. The purpose of sexual intercourse is procreation.

2. Contraception defeats the purpose of sexual intercourse and is therefore morally impermissible.

3. Condoms, as contraceptive devices, should not be used.

This is pretty straightforward, but what the pope said has nothing to do with any of this. Now, I’m assuming that when he referred to male prostitutes, he was talking about homosexual acts, and this is the sense in which the commentators I’ve read have also taken it. So in this case the whole question of contraception is completely irrelevant. The only function of the condom in the situation he described is to prevent the transmission of HIV or a disease.

Rome’s condemnation has never been of condoms per se, but always of contraception. I know a certain theater professor who uses condoms as pop filters on stage microphones because he swears nothing else works as well. Would anyone seriously entertain the suggestion that this usage of the condom would be condemned by Catholic teaching? Of course not; it’s not contraceptive. The same can be said of its usage by a male prostitute.

Of course, none of this means that Catholic teaching smiles on homosexual acts of any kind. It’s just that the condom in that situation is morally irrelevant from the usual angle. So please don’t go running around saying this is some major shakeup in the Catholic Church. It’s just one more instance of the media’s demonstrating its complete misunderstanding of religion in general and Christianity in particular.

I am Professor of Humanities at Faulkner University, where I chair the Department of Humanities and direct online M.A. and Ph.D. programs based on the Great Books of Western Civilization. I am also Associate Editor of the Journal of Faith and the Academy and a member of the faculty at Liberty Classroom.
View all posts by Dr. J →
This entry was posted in Culture, Current Events and tagged Benedict XVI, Christianity, condoms. Bookmark the permalink.