Millions of copies of her works are sold annually. Her stories are endlessly remade for film and television; my wife and I recently watched a 1970s film version of one of her novels and were amazed at the ensemble cast’s star power. One of her plays has been running in the West End for more than fifty years. Like it or not, Agatha Christie is a cultural force. 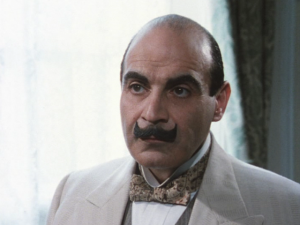 Some people love to hate Christie. I’ve had more than one conversation in which I was told that her plots were insufferable and predictable, or that her characters had no depth. Sure, any author who writes scores of murder mysteries will have a formula readers can eventually figure out. But one of the most important rules to learn about coming to terms with books is not to ask of them things they are not designed to provide.

An Agatha Christie novel or story is not supposed to give you serious food for thought. You’re not even necessarily supposed to like the characters. What you are supposed to get is a brief intellectual diversion and a glimpse of authentic, traditional English culture. Enormous numbers of people find that sufficient, and they have made Christie an institution.

Follow one writer’s road to an appreciation of Christie at the annual Agatha Christie festival in Torquay.

I am Professor of Humanities at Faulkner University, where I chair the Department of Humanities and direct online M.A. and Ph.D. programs based on the Great Books of Western Civilization. I am also Associate Editor of the Journal of Faith and the Academy and a member of the faculty at Liberty Classroom.
View all posts by Dr. J →
This entry was posted in Books, Culture and tagged Agatha Christie, books, England, mystery. Bookmark the permalink.