The Other Shoe Drops in Cuba

It didn’t take long for the other shoe to drop in Cuba. A little over a week ago, I posted a link to an interview in which Fidel Castro admitted that socialism wasn’t working in his country. Now we learn that the Cuban government is about to lay off 500,000 workers, or about 10% of the country’s labor force. 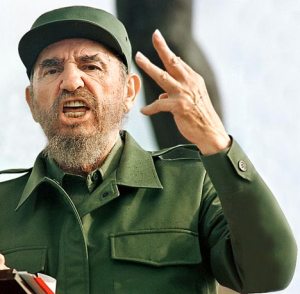 There is little chance that Cuba’s fledgling private sector can hope to absorb all these people in a short period of time, so it’s likely that the Cuban people are in for an even worse time in the near future than they’ve had in recent memory.

The only reason the Cuban system has lasted as long as it has is the economic aid it received from the Soviet Union for decades. The Russians bought Cuban sugar at prices well above the world market rate, sold it oil at prices well below the world market rate, and gave it numerous other freebies. All of that ended when the Soviet Union went belly-up, and since then Cuba’s capital consumption has been more pronounced.

Some are optimistic that Castro may genuinely be recognizing his failures and opening himself up to market ideas. I hope they are right.

I am Professor of Humanities at Faulkner University, where I chair the Department of Humanities and direct online M.A. and Ph.D. programs based on the Great Books of Western Civilization. I am also Associate Editor of the Journal of Faith and the Academy and a member of the faculty at Liberty Classroom.
View all posts by Dr. J →
This entry was posted in Current Events and tagged Cuba, Fidel Castro, socialism. Bookmark the permalink.